Fine press printers who have been disheartened by slow sales in recent times should take heart from the experience of Wilkins’ Coptic New Testament published by Oxford University Press in 1716. “Copies were stored for the most part in lofty stacks of unfolded sheets, like the piers of a Norman crypt. From these vaults was drawn into the upper air, in 1907, the last copy, the paper hardly discoloured and the impression still black and brilliant.” 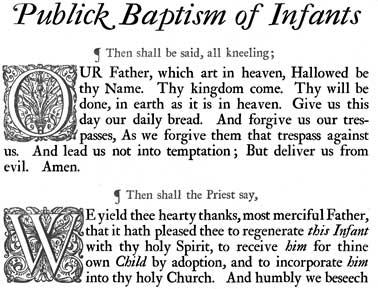 This description from Some Account of the Oxford University Press, 1468-1926 (Clarendon Press, 1926), adds that “it is believed to have been continuously on sale at the original price of 12S/6d (62.5P) until the last copy was sold”. The Whittington Press had a slightly similar experience with another OUP title, though in this case the delay was a mere 85 years, hardly in the same league as the Coptic New Testament’s 191.

In 1989 we were at OUP, following the closure of the Press’s printing department, to collect its enormous collection of Monotype matrices when Richard Russell, the then production director, pointed to a pile of sheets from a 1913 Prayer Book in dusty brown wrapping paper and urged me to take them away for safe keeping. When I unwrapped them at home I was bowled over by the typographic impact of the outstandingly beautiful and dramatic use of the Double Pica and Great Primer Fell type, the ornaments, drop initials, preliminary pages (how could parentheses be objects of such beauty?), and not least by the monumentally elegant three-line pica italic running heads that crowned every page. It seemed a heresy to even entertain such a thought, but these pages made Bruce Rogers’ Lectern Bible of 1935 seem just a little pedestrian.

The result of this find was that we calculated that if we printed the 48 missing pages from this Prayer Book, it would be possible to make up twelve complete copies, and this is what OUP bravely commissioned us to do. We collected what had been saved of the Fell type from OUP and St Brides, Theo Rehak cast up some missing sorts from the original Fell matrices at his Dale Guild Foundry in New Jersey, and the missing pages were printed on the last proof press to come out of Walton Street, which usefully had an adjustable bed to allow for the extra type height of the OUP type. Apart from the surviving roman which had been taken to St Brides for safe keeping, this was possibly the only time the Press’s historic Fell type had been taken outside Oxford in the massive barge cases in which it was traditionally stored, which needed two people to lift them.

In his fascinating account of this project, The Fell Imperial Quarto Book of Common Prayer, published by the Whittington Press in 1998, Peter Foden addressed the problem of why there appeared to be no copies deposited in the copyright libraries, and why sheets of the book were still lying around apparently neglected so many years later.

John Randle is editor of Matrix and proprietor of The Whittington Press.