This reviewer read William Pryor’s collection of Woolf-Raverat correspondence, by serendipity, just before visiting The Grolier Club exhibition of ‘Virginia Woolf and The Hogarth Press’ from the William Beekman Collection. Beekman came to collect the Press not least because its books ‘. . . resonate with my dualistic image of Virginia Woolf herself, embossed, as it were, on opposite sides of a single coin: heads, the feminist, genius, and iconoclast; tails, the flower of an imperialist, paternalist, and complacent society which she herself was determined to change.’

The Woolfs and the Raverats would, I think, have approved as book-makers of this elegant tribute to both families. Pryor assembled his production cast from amongst the best in the land, and their collective efforts have produced a volume worthy of any collection of fine press books. There is an inexpensive trade edition for those who prefer a reading copy. And it is a collection to be read and savoured, for the real achievement here is the editor’s sensitive, thoroughly documented, annotated and indexed treatment of the materials, wonderfully illustrated by a combination of Raverat paintings, wood engravings, bookplate design, photographs, and facsimiles of correspondence. The letters range from 1909 to 1953 but mostly fall between 1922 to 1925, when Jacques Raverat was slowly dying from multiple sclerosis.

The subtitle comes from a Jacques Raverat letter to Virginia Woolf, and very apt it is as the correspondence unfolds. To those close to the family heritage it may well be that Pryor is correct to say of the letters that ‘Death hovers around everything they write to each other, if not on the surface, then close to it’. To the outsider eight decades on, the correspondence is not as morbid as portrayed in the marketing brochures that accompany the book. The bond is plainly between Virginia and Jacques, with Gwen acting as amanuensis and go-between, and then principal correspondent as Jacques’ illness moves relentlessly onwards. In aggregate the letters complement all that we know of both talented ladies; certainly no collector or admirer of Hogarth Press materials will want to overlook this volume. Much of the correspondence is here published for the first time, and, of that available previously, in the context of this collection it takes on new meaning. 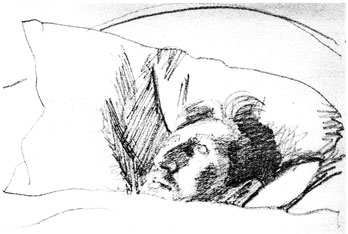 Gwen Raverat is enjoying something of a rediscovery at the moment. Her autobiography continues to be republished, including in some handsome versions; the importance of her engravings is the more appreciated as the entire prewar history of wood engraving comes to be better understood. Whether she too merits a film is not a frivolous question. Although not the central relationship in the correspondence, she impresses as a woman of immense resourcefulness and devotion to a man whom she won against formidable competition and tended throughout his tragic demise.

Professor Bill Butler is an authority on Russia and bookplates and publishes the Primrose Academy Series.